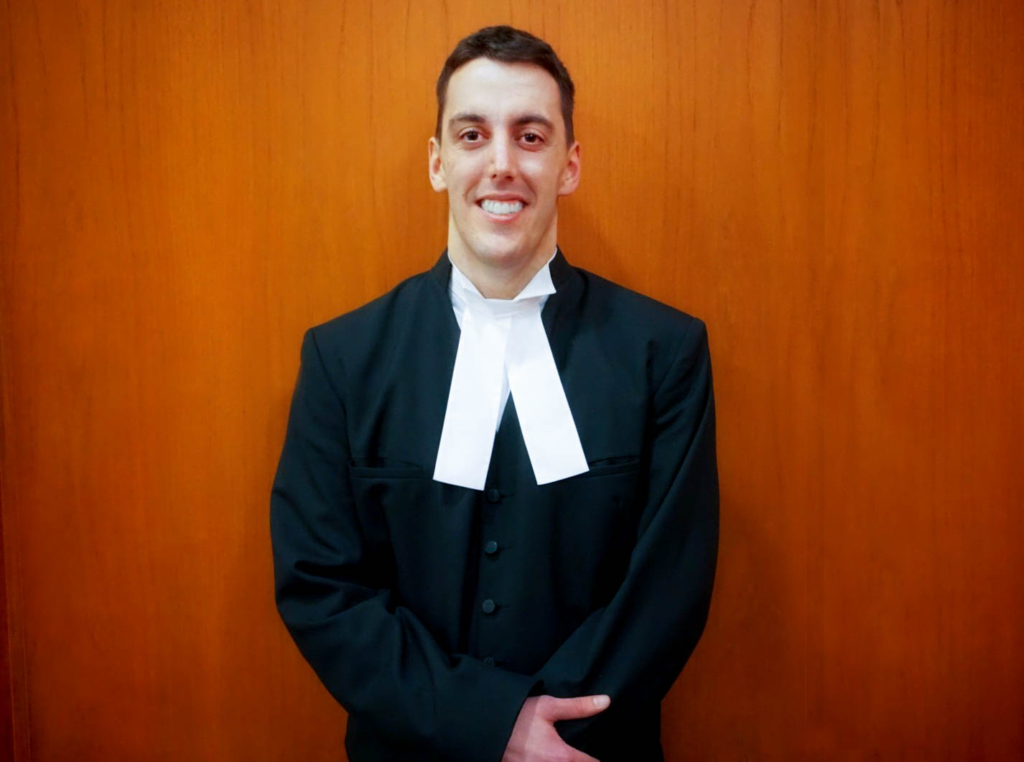 Andrew completed his articles with Rand & Company LLP, and looks forward to carrying on the firm’s proud tradition for decades to come. Andrew has lived in Alberta for his entire life, growing up in Lac La Biche, Alberta with his parents and younger sister. He looks forward to serving the great people of this province as a member of the Law Society of Alberta.

Andrew has practiced primarily in the areas of family law and criminal law, although his employment with Rand & Company has provided him with practical experience in professional discipline law. He is also enrolled with Legal Aid Alberta.

During law school, Andrew worked for the Alberta Crown Prosecution Service, where he gained daily courtroom experience representing the Provincial Crown. He also worked for Neuman Thompson, an employer-side employment and labour law firm in Edmonton.

During his undergraduate studies, Andrew volunteered with the Elizabeth Fry Society, where he helped self-represented individuals navigate through their initial interactions with the Alberta court system. In law school, he volunteered with the Student Legal Services (SLS) Criminal Law Project, and participated in “Law Show,” the University of Alberta Faculty of Law’s annual theatre production for a charitable cause. He played drums in the Law Show band during all three years of law school.

Away from work, Andrew enjoys traveling, either with friends or his beautiful wife, Jenna. He loves animals and has adopted two cats and anticipates adopting a dog in the near future. He remains physically fit by playing intramural sports, weightlifting, and golfing. Andrew loves to read, and topics of particular interest to him include, but are not limited to: criminology, World War I and II history, geography, dystopian fiction, and non-fiction sports novels. He can also be found browsing the Wikipedia entry for “unsolved disappearances” at any time.