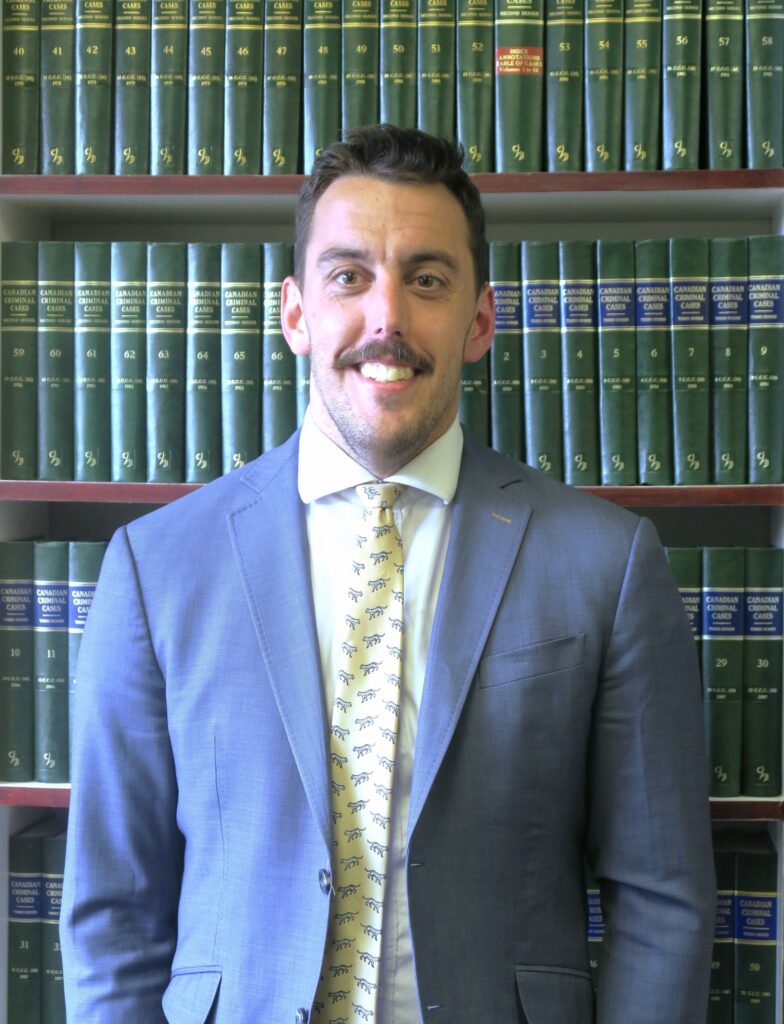 In law school, he volunteered with the Student Legal Services (SLS) Criminal Law Project, and participated in “Law Show,” the University of Alberta Faculty of Law’s annual theatre production for a charitable cause. He played drums in the Law Show band during all three years of law school.

During his summer breaks from law school, Andrew worked for the Alberta Crown Prosecution Service, where he gained daily courtroom experience representing the Provincial Crown. He also worked for Neuman Thompson, an employer-side employment and labour law firm in Edmonton.

Andrew graduated from the University of Alberta Faculty of Law in May 2017. He completed his articles with Rand & Company LLP, and passed the bar in March 2019. He looks forward to carrying on this firm’s proud tradition for decades to come, and serving the great people of this province as a member of the Law Society of Alberta.

Andrew has appeared at every level of court in Alberta, representing a diverse array of clients in family, criminal, and civil law matters. He has also represented family law clients at binding and non-binding Judicial Dispute Resolution’s (JDRs) and Early Intervention Case Conferences (EICCs).

Away from work, Andrew enjoys travelling, either with his group of lifelong friends, or with his beautiful wife, Jenna, and their young son. He is a huge American college football and NFL fan, and tries to attend a game in the United States with his friends every year. He loves animals, and his family has adopted two cats and a dog. He remains physically fit by playing intramural sports, weightlifting, and golfing. Andrew loves to read, and topics of particular interest to him include, but are not limited to: criminology, World War I and II history, geography, dystopian fiction, and non-fiction sports novels. He has read “Blood Meridian,” by acclaimed novelist Cormac McCarthy, approximately 150 times. At any given time, he may be browsing the Wikipedia entry for “unsolved disappearances".